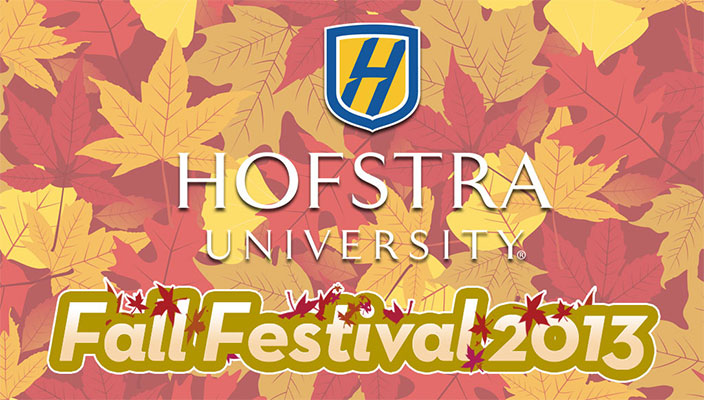 Happy Fall Festival!  Stay tuned for updates of today’s festivites throughout the day and night.  Bon Journey, Sugar Ray and Ke$ha are our artists for the Vibe Live concert, with Aziz Ansari headlining the Out Loud comedy show. 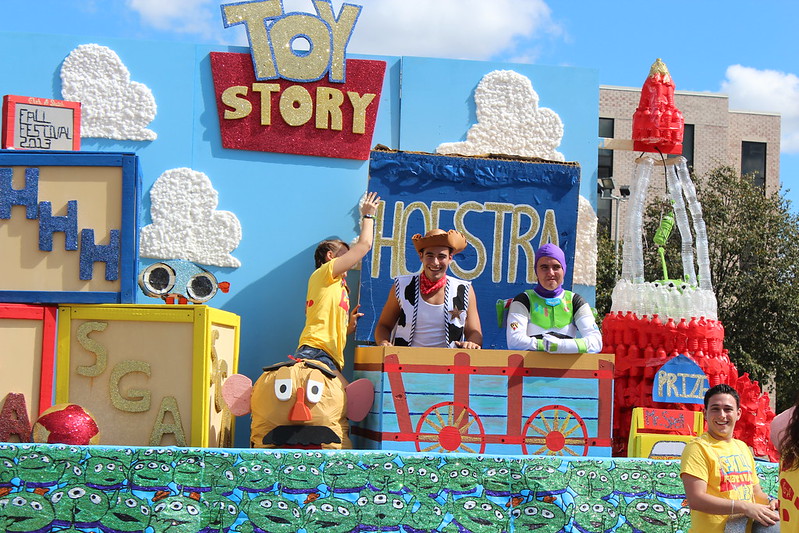 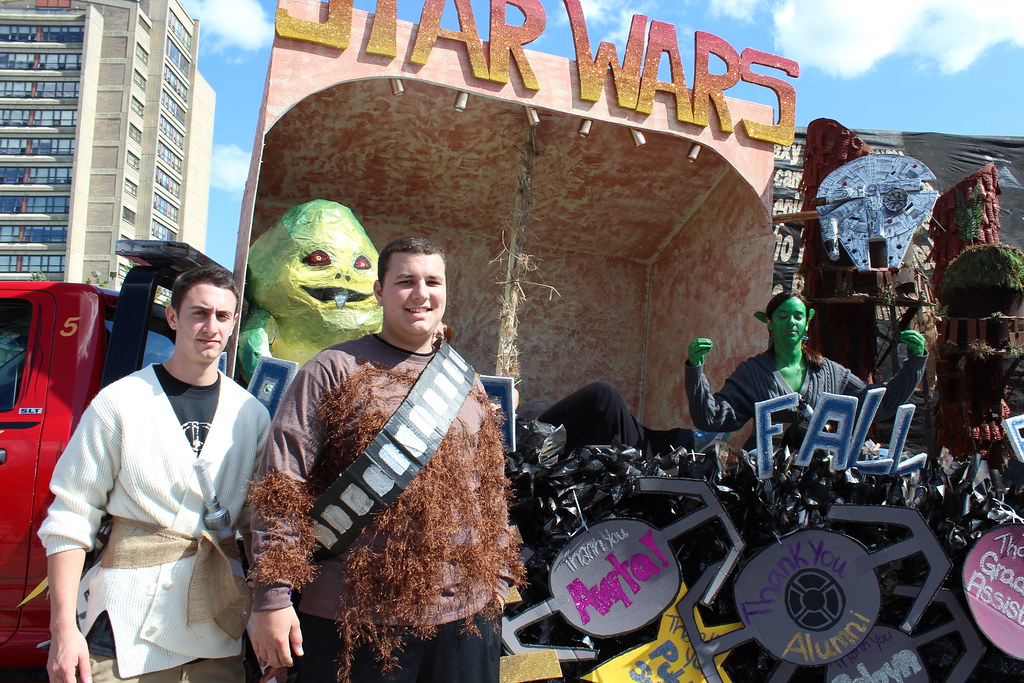 And third place went to Wizard of Oz, from Phi Delta Theta and Delta Gamma 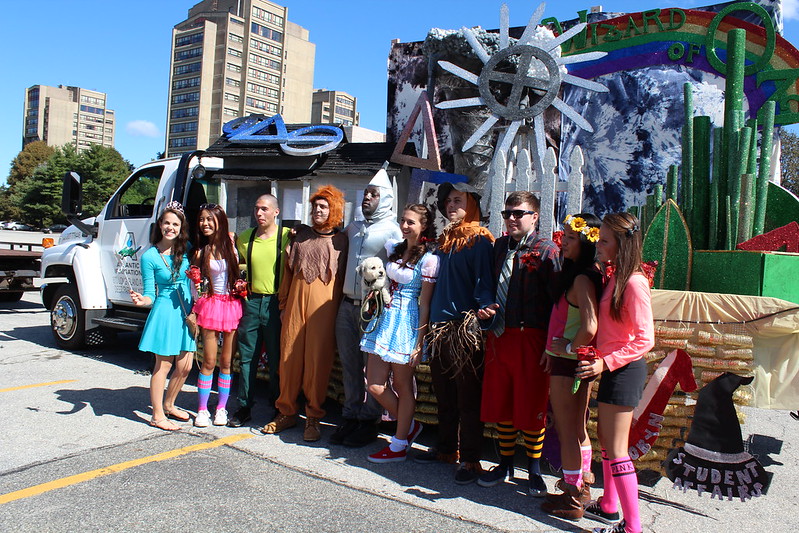 The new Hofstra King and Queen

Congratulations to Justin Smith and Rachel Tom-Quinn, our new Hofstra King and Queen! 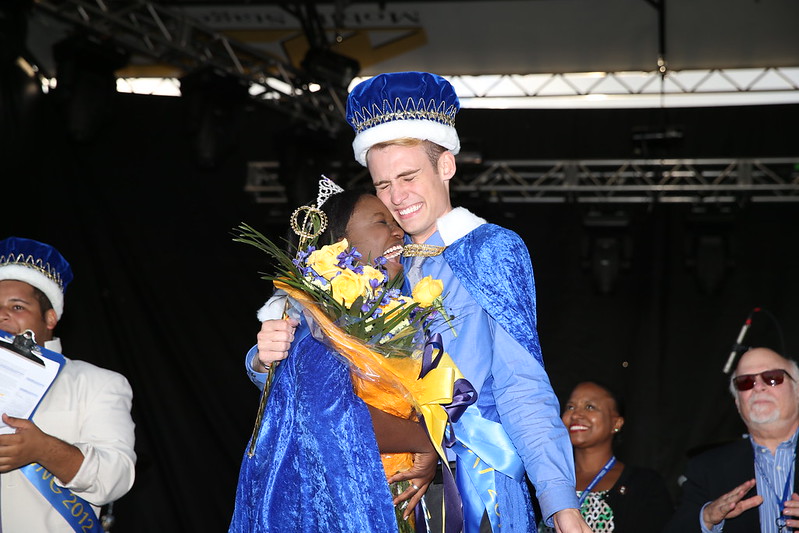 Photographers were on the scene to capture every moment of Fall Festival. If a University photographer took a picture of you at the event, chances are you’ll find it in the album below.

Here is a list of the student organizations and their respective floats:

More photos of the floats.

Now it’s time for the show! The first band to go on is Bon Journey, a tribute band that plays the hits of Bon Jovi and Journey. Yes, that means the audience was treated to professional renditions of “Livin’ On A Prayer”, “You Give Love a Bad Name” and “Wanted Dead or Alive”, while enjoying the sounds of Journey’s big songs like “Separate Ways (World’s Apart)”, “Any Way You Want It”, “Faithfully” and of course, “Don’t Stop Belivin’.”

After Bon Journey, it was Sugar Ray’s turn to rock the Fall Festival crowd! But before hitting the stage, Sugar Ray’s Mark McGrath was interviewed by WRHU. He was very excited to be here!

At Hofstra University for Fall Fest, we'll be sharing the stage with Kesha tonight…

Students were very excited to meet the band.

Seeing Sugar Ray and Kesha in concert at Hofstra. I like this school

They performed all of their hits, like “Every Morning”, “When It’s Over”, “Someday” and of course, their number 1 hit, “Fly.” The band didn’t miss a beat, the crowd sang along to nearly every song.

Thank you Hofstra University, you guys are excellent hosts! #FallFest thanks for letting us be a small part if it!

After Sugar Ray’s set, the crowd started to become anxious. They knew Ke$ha was coming on stage in a matter of minutes. DJ Whatevea aroused the audience with his pleas to “make some noise” while spinning today’s club hits. Some member of the audience started dancing with each other while others continued to get louder as they continuously called out Ke$ha’s name. Suddenly the music stopped and the stage lights went out. Smoke started to fill the stage as red lights began to shine on the floor. The audience exploded, they knew what was about to happen. Ke$ha’s backup dancers came out first….and then…

Ke$ha descended from the back of the stage and went right into “Die Young”.  The audience went wild, dazzled by her light show and amazed at the talent of her backup dancers, they were singing along to all of her hits, like “Tik Tok”, “Crazy Kids, “Your Love is My Drug” and “Blow”. Check out what they were saying on Twitter.

We are the crazy ones!!!! Great fall fest so far #hofstra #homecoming #prideforever

After Ke$ha’s performance, fireworks went off in the intramural fields. 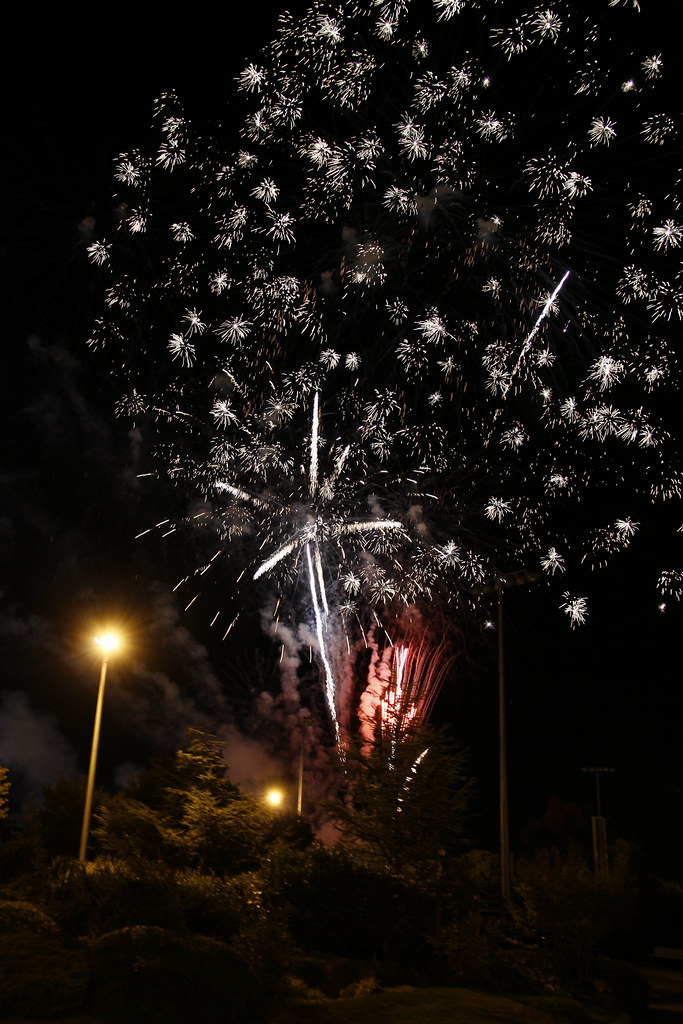 Fall Festival concludes with the Out Loud comedy show featuring Aziz Ansari. Aziz had the audience laughing throughout his show, focusing on the challenges of maintaining a relationship in the era of text-messaging.

We made a Storify to capture the social conversation around the entire Fall Festival. It was fun live blogging everything that was going on and hope you had a great time.