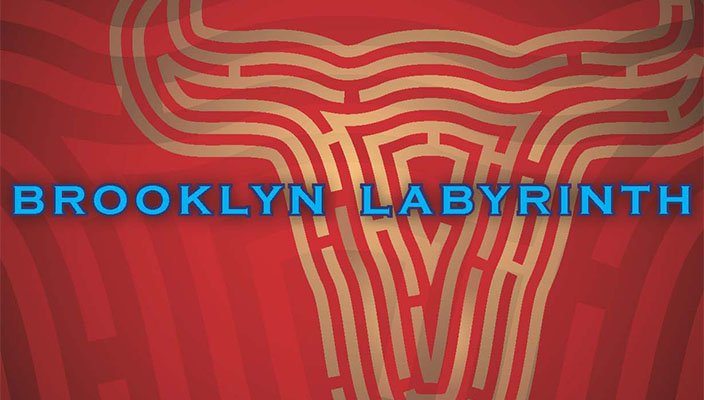 Brooklyn Labyrinth, a performance of three one-act plays retelling the Greek myth of the Minotaur story with contemporary voices, stars the talents of several Hofstra University alumni in key production roles, including Isaac and Jennifer Rathbone, both class of 2000, and Samantha Newby, class of 2013. Brooklyn Labyrinth is scheduled to open at The Chain Theater in Long Island City, through October 6, 2013. This run is actually a return engagement of Brooklyn Labyrinth, originally performed at the BoCoCa Arts Festival.

Isaac Rathbone is the playwright of the second play in the production, Bensonhurst, about a working class family unable to escape their choices of the past. They must fight to survive despite their self-inflicted chaos and dysfunction. Jennifer Rathbone is lighting designer and Samantha Newby is costume designer. The Chain Theater is a venue founded and is operated by fellow Hofstra alumni Rich Ferraioli and Kirk Gostkowski, both Class of 2005.

Brooklyn Labyrinth shows its audiences that monsters are rarely who we expect, and safety might not be outside the maze looking in, but the other way around. Each performance of Brooklyn Labyrinth is accompanied by live music, performed by different bands. The September 26th and October 4th shows will feature Bad Mary, an upstart punk rock band fronted by Amanda Mac ’10 and featuring David Henderson, chair of Hofstra’s Department of Drama and Dance.

Tickets to Brooklyn Labyrinth are $18, $12 for students with ID. Tickets are available online at www.brooklynlabyrinth.brownpapertickets.com. The Chain Theater is located at 21-28 45 Road in Long Island City.

The other two plays of the Brooklyn Labyrinth are Dumbo and Daedalus at the Navy Yards. Dumbo by Kate Kertez is about a powerful family that uses unusual means to protect their reputation after one of their own does something unspeakable.Daedalus at the Navy Yards by Sergei Burbank is a reworking of the Minotaur myth, told from Daedalus’ point of view, with salty contemporary language, and revealing that much of what has been received as the truth of the story has, in fact, been distorted over time.