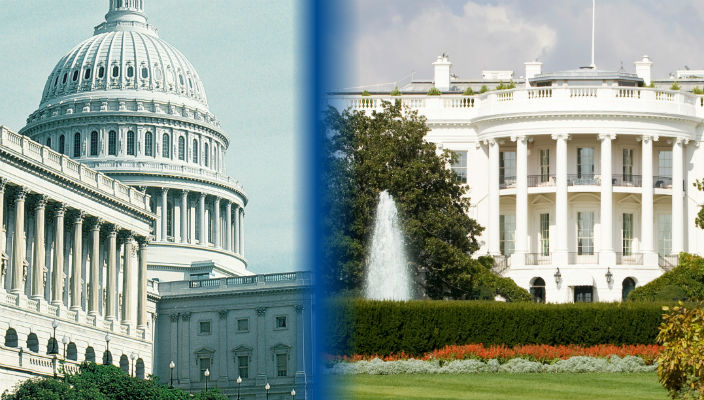 A former Democratic presidential candidate, a former Republican Senator and the Editorial Page Editor of one of New York’s largest daily newspapers will discuss Washington gridlock and policy making challenges at a panel discussion on Tuesday, September 24 at the Student Center Theater, North Campus.

“Does Washington Still Work? Challenges of Policy Making for the White House and Congress” will feature former U.S. Senator Alfonse D’Amato, who served from 1981-1999 and is now a founder and managing director of Park Strategies, LLC; former 2004 presidential candidate Howard B. Dean III, who is a senior presidential fellow at the Peter S. Kalikow Center for the Study of the American Presidency, and Rita Ciolli, Editorial Page Editor of Newsday and amNewYork.

The panel will be held from 11:10 a.m. to 12:35 p.m. Admission is free and open to the public. The event is co-sponsored by the Kalikow Center, the National Center for Suburban Studies at Hofstra University® and the Hofstra Cultural Center. It will be moderated by Dr. Meena Bose, director of the Kalikow Center, and Lawrence Levy, executive dean of the center for suburban studies.