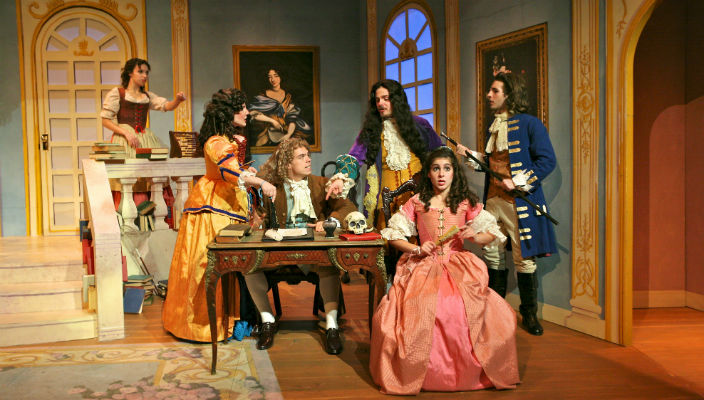 Backstage magazine has named Hofstra University’s Department of Drama and Dance as one of the top 9 Great New York Acting Schools and Universities, citing it as “a drama program that won’t box you in”.

The magazine said: “The Long Island university lets its drama and dance students foster their creativity in a liberal arts setting, requiring English, social sciences, math and natural sciences, and literature classes in addition to an acting and dance curriculum. Drama courses include Introduction to the Theater, Play Analysis, Technical Production, and Acting or Theater Design Fundamentals.”

Spring 2014 the Department presents its 65th annual Shakespeare Festival, featuring The Comedy of Errors (March 6-16) and a one-hour adaptation of Macbeth (March 8 and 13), followed by Don Juan Comes Back from the War by Ödön von Horváth (April 4-13) and the Spring Dance Concert (April 10-13).