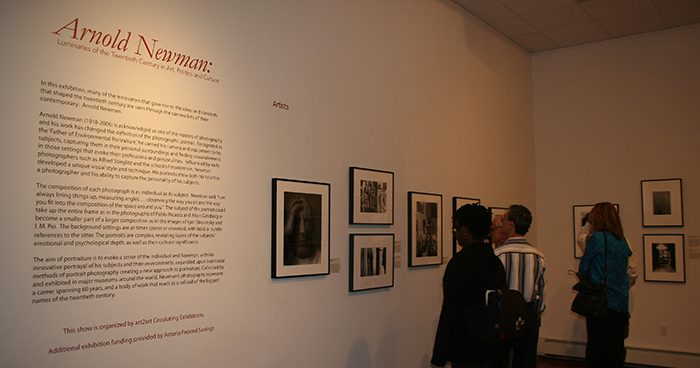 Arnold Newman: Luminaries of the Twentieth Century in Art, Politics and Culture, on view at the Hofstra University Museum’s Emily Lowe Gallery, is in its final weeks. The exhibit, which is on display through December 13, features photographic portraiture by American artist Arnold Newman, recognized as the “Father of Environmental Portraiture.”

“What makes this exhibition really special is that there is so much brainpower, creativity and enlightenment in one room,” the curator, Hava Gurevich, told the New York Times. “They’re all heavyweights.”

The exhibit was organized by art2art Circulating Exhibitions. Additional funding was provided by Astoria Federal Savings.