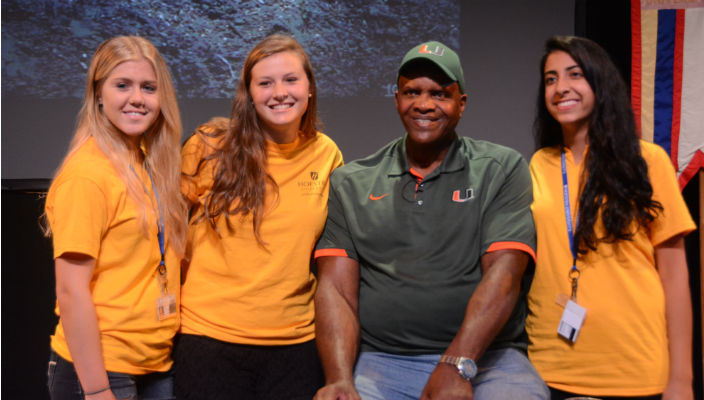 Author and urban farmer Will Allen, whose book The Good Food Revolution was the Class of 2017 common reading assignment, touted the advantages of urban agriculture, signed copies of his book and helped dedicate a new community garden during a daylong campus visit.

Allen addressed the Class of 2017 at the John Cranford Adams Playhouse, regaling them with stories about Growing Power, the farm and community food center he founded in Milwaukee, Wisconsin. His speech and visit were part of Hofstra’s annual First Year Connections (FYC) program. 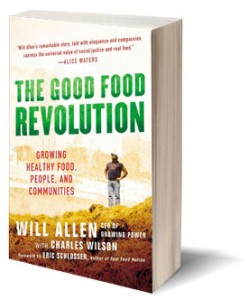 In 2008, Allen was awarded a John D. and Katherine T. McArthur Foundation Fellow “genius grant” for his work and in 2010 was named one of Time magazine’s 100 World’s Most Influential People. He is also a member of the Clinton Global Initiative.

Allen’s book, written with Charles Wilson, details his life as the son of sharecroppers in South Carolina who became a professional basketball player and, later, a global advocate for urban farming.

In the book, Allen contends that hands-on gardening, rather than nutritional education alone, is the way to improve young people’s eating habits.

President Rabinowitz Announces Launch of New Honor Code
Back to School; First-Year and Transfer Students Get a Big Hofstra Welcome