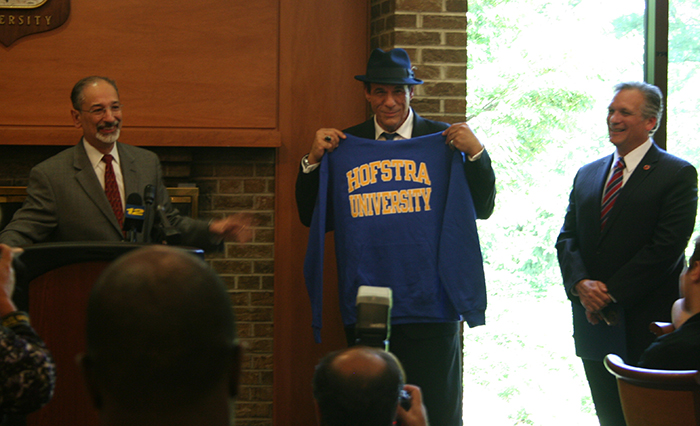 As the villain Franz Sanchez in the James Bond film Licence to Kill to more recent film and television appearances, Davi has thrilled audiences for decades. He appeared opposite Marlon Brando in Christopher Columbus: The Discovery; Clint Eastwood in City Heat; and Bruce Willis in Die Hard. Other credits include Steven Spielberg’s classic The Goonies and Raw Deal.  In his directorial debut The Dukes (co-starring Chazz Palminteri and Peter Bogdanovich) Davi portrayed a doowop singer trying to make a comeback. He will also appear in the upcoming Sylvester Stallone film, Expendables 3.

Davi’s first passion, however, is singing. He studied under Samuel Margolis, famed singing teacher at the Metropolitan Opera. Then he studied with Daniel Ferro of Juilliard, opera great Tito Gobbi and the legendary Gary Catona. In 2010 Davi returned to his Hofstra roots to perform Davi Sings Sinatra at the John Cranford Adams Playhouse.