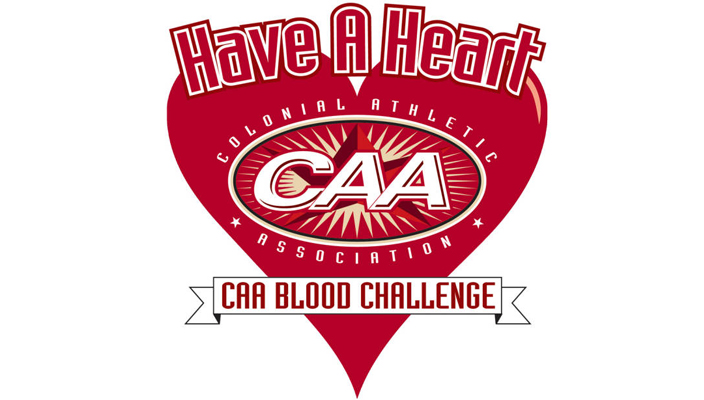 The Colonial Athletic Association Blood Challenge enters its 12th year in 2013, having established itself as one of the conference’s most important public service projects.The CAA Blood Challenge has raised 36,719 units of blood in a little over a decade, which has helped to save more than 110,000 lives.

“The CAA Blood Challenge is a great source of pride for the conference and its member institutions,” CAA Commissioner Tom Yeager said. “The event has grown each year and the enthusiasm and participation on each of our campuses has been outstanding. This project has positively impacted the lives of thousands of people in our campus communities and we look forward to another successful year.”

Each CAA institution designates one day during the fall term to conduct a campus-wide blood drive. With the assistance of local blood service centers, a count is kept of all people who donate blood on that day. Based on those numbers, the CAA determines a winner and presents a trophy to that institution. The 2012 event resulted in 4,381 actual donors and 4,613 productive units of blood from the 10 participating CAA campuses.

The University of Delaware won the CAA Blood Challenge in 2012 for the second year in a row and sixth time overall with 1,232 actual donors, which resulted in 1,330 productive units of blood collected. Each CAA institution had at least 120 donors participate in the program and six collected more than 220 units of blood. Five-time champion Drexel University placed third with 578 donors.

The CAA Blood Challenge was developed by the conference presidents as a fun way to emphasize the critical importance of donating blood. Each institution promotes the event on campus and encourages student groups, faculty, staff and alumni to participate and support their school.

The CAA Blood Challenge dates for each campus are as follows: