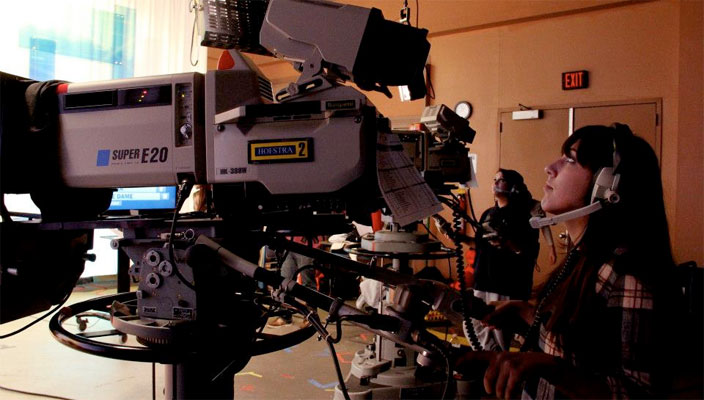 Ten students from New York City and Long Island high schools have been chosen to participate in this year’s Documenting Diversity program, an innovative summer initiative at Hofstra University that will teach and challenge them to examine each other’s cultures through the art of documentary filmmaking. Now in its seventh year, the program is funded by The Rosenthal Family Foundation, a charitable organization established by Hofstra alumni Monica Horan Rosenthal and Phil Rosenthal, creator and executive producer of the award-winning television series “Everybody Loves Raymond.”

The five-week program allows students from diverse social and ethnic backgrounds to partner up and make documentaries about each other that explore the similarities and differences that shape their points of view as emerging adults. The participants work under the guidance of Hofstra’s award-winning television and film faculty and student mentors, and they not only learn the technical elements of professional filmmaking in a rigorous academic environment, but also establish lasting friendships and gain a more informed outlook on other cultures and ways of life.

According to program co-directors William Jennings and Aashish Kumar, students will participate in writing, editing and producing workshops that look at themes including identity formation and articulation. They will also be trained in the use of the School of Communication’s state-of-the-art video equipment and editing software. Once their short films are completed, the students are invited back to a red-carpet gala in the fall where their films are publicly screened. Films are also entered into film festivals and other screening events.

Admission to the Documenting Diversity program is highly competitive and offered free of cost. Students who successfully complete their films also receive a generous stipend.

This year’s participants are:

More information, including video clips from past participants and full bios of the program directors and this year’s participants, are available at Documenting Diversity.