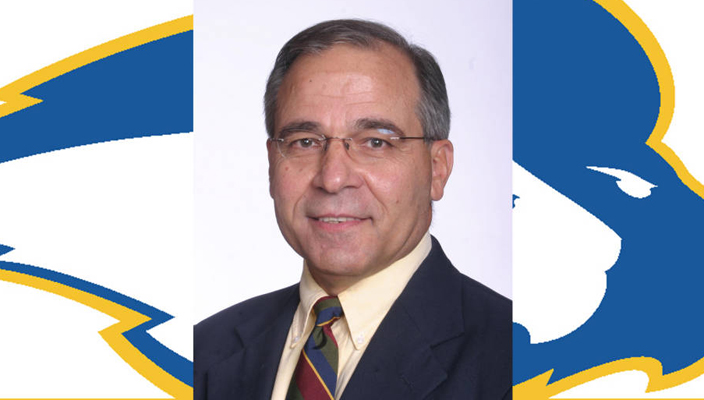 Hofstra University Vice President and Director of Athletics Jeffrey A. Hathaway announced today that Dino Mattessich, a long-time and highly successful athletic administrator at a multitude of institutions, has joined the Hofstra staff as deputy director of athletics.

“Dino will be an outstanding addition to the excellent staff in Hofstra’s athletic program,” commented Hathaway. “He has served at numerous institutions during his respected career and provided each institution with great expertise in the area of college athletics. He will truly be an asset to the entire Hofstra community. Dino is extremely familiar with Long Island and its sports community having been an outstanding student-athlete at Freeport High School.”

As deputy director of athletics, Mattessich will assist Hathaway in all areas of the department including internal and external operations, sports administration and serving as the chief financial officer among other responsibilities.

Mattessich most recently worked as a consultant to the department of athletics and recreation at the University of Hartford over the past year, providing the department with a review of the entire program and recommending improvements specific to resource management.

Prior to his consultant work at Hartford, Mattessich served as the senior associate director of athletics at the University of Connecticut from 2001 to 2012. He was in charge of all internal operations and was the department’s chief financial officer.

While a member of the Connecticut staff, Mattessich oversaw the department’s 64-million dollar budget and had direct supervision of the business office, equipment operations, sports medicine, athletic training, strength and conditioning, video center, computer technology support, ticket office operations and special projects. In addition he was the sports administrator for the men and women’s ice hockey teams, along with the men’s golf program.

Mattessich played a direct role in the development of Rentschler Field, a 40,000-seat stadium for the University that cost 91 million dollars to build. In addition, he assisted in negotiating a pair of apparel (Nike) and corporate sponsorship (IMG College) deals that brought nearly 150 million dollars into the department. Mattessich also assisted in the Huskies fundraising efforts and helped raise nearly 50 million dollars for the building of a football complex and indoor practice facility.

Mattessich came to Connecticut from the University of Maine where he served as the senior associate director of athletics from 1996 to 2001. He directed the day-to-day operations of the department and was the program administrator for men’s basketball, baseball, football and men’s ice hockey.

In his role, Mattessich worked with other members of the Maine staff to increase the institutional support as well as the development, tickets and corporate sales revenue from 6.2 million dollars to $10.5 million dollars in five years. He also assisted in the University’s NCAA certification in 1997 and was the lead negotiator in new radio, television, concession and licensing program contracts.

Mattessich began his athletic administrative career in earnest in 1983, serving as the associate director of athletics at Towson University (then Towson State) until 1996. He supervised the men’s basketball, football, men’s lacrosse and men’s golf programs. At Towson, Mattessich managed all finances, business operations and human resources manners, while overseeing all internal operations. He also created and managed the athletic marketing/promotions and the corporate sponsorship areas.

A captain and a national championship-winning student-athlete in lacrosse at the University of Maryland, Mattessich was the head lacrosse coach at his alma mater from 1980 to 1983 after working for a year as an assistant coach. During his tenure he led the team to three NCAA Tournaments, including an appearance in the NCAA semifinals in 1983.

Mattessich also served as the head lacrosse coach and was a member of the faculty at the University of Baltimore from 1977 to 1979. In addition, he has lectured and taught in multiple capacities at Connecticut, Husson College (ME), Maine and Towson.

Mattessich and his wife, Kathy, have three grown children (Kimberly, Brian and Julie).