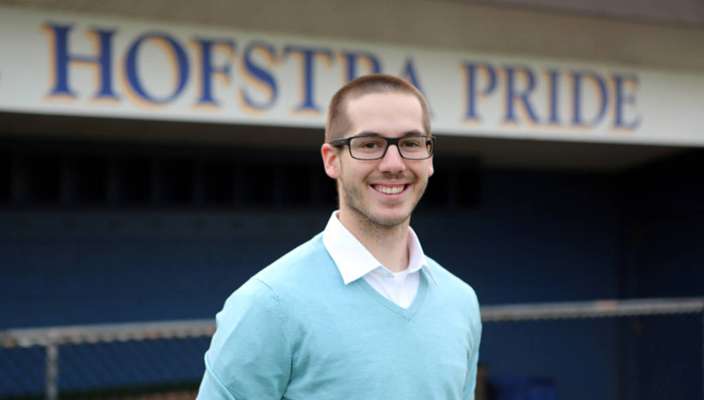 Burg, a double major in physics and math with a minor in astronomy, was selected to the Capital One Academic All-America first team for baseball in 2013. He was a 2012 Rhodes Scholarship finalist and was also a finalist for the NCAA Walter Byers Scholarship. Burg received the James M. Shuart Award as Hofstra’s top male scholar-athlete, Hofstra’s Outstanding Senior Scholar Award in recognition of his grade point average and the Outstanding Graduating Mathematics Senior Award. As a player, the southpaw was tied for the team lead in wins with three. He made 14 appearances, including 12 starts, and posted 37 strikeouts in 62 1/3 innings.

The conference selected a Scholar-Athlete of the Year in each of its 22 championship sports this season, and those winners were placed on the ballot for the Male and Female Scholar-Athlete of the Year award. All of the winners were a starter or important reserve on their team and had a cumulative grade point average of 3.3 or higher. Eight of the finalists earned Capital One/CoSIDA Academic All-America accolades this season and 15 of them received all-conference honors in their respective sports.