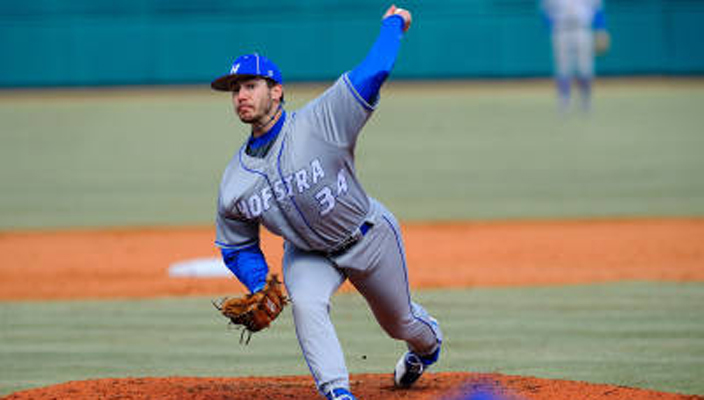 Hofstra senior pitcher Joe Burg was one of six finalists for the 2013 Walter Byers Postgraduate Scholarship.

The Walter Byers Postgraduate Scholarship is awarded annually to one male and one female student-athlete in recognition of outstanding academic achievement and potential for future success. To be eligible for consideration, a nominee must be a graduating senior or enrolled in graduate study at an NCAA member institution. Winners must have attained an undergraduate GPA of at least 3.5, competed on a varsity team at an NCAA member school, evidenced superior character and leadership, and demonstrated that participation in athletics and community service positively influenced the recipient’s personal and intellectual development.

The program is administered by a committee of representatives from NCAA member schools and conferences.  The winners were selected through a competitive process that included in-person interviews with six finalists—three men and three women.

Burg was also a finalist for a Rhodes Scholarship in 2012 and holds a 4.0 grade point average as a dual major in physics and mathematics. He was recently named to the Capital One-CoSIDA Academic All-District I Team and was the recipient of Hofstra’s James M. Shuart Award as the University’s Male Scholar-Athlete of the Year. He was also a candidate for the Senior CLASS Award in 2013.

To see the NCAA announcement of the Walter Byers Scholars, including biographies of all six finalists, go HERE.