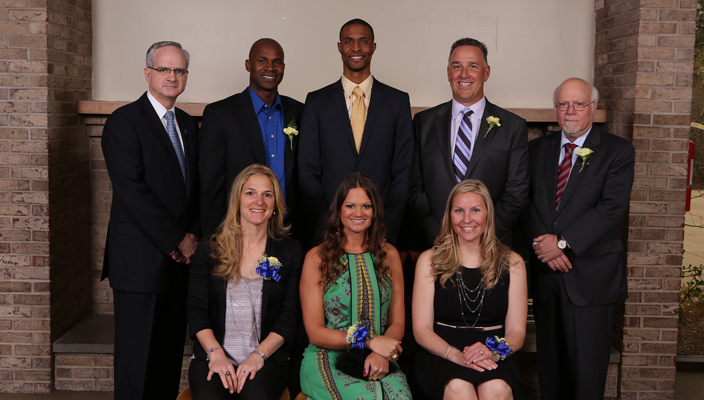 Hofstra President Stuart Rabinowitz, Vice President and Director of Athletics Jeffrey A. Hathaway, Pride Club President E. David Woycik and each inductee gave remarks. The individual inductees reflected on their careers and on being inducted into the Hall of Fame, while Coach Harvey Pyser (women’s basketball) and former student-athlete Stanley Einbender (men’s basketball) spoke on behalf of their respective teams.

The inductees were later recognized individually during halftime of the Hofstra-North Carolina men’s lacrosse game at James M. Shuart Stadium.