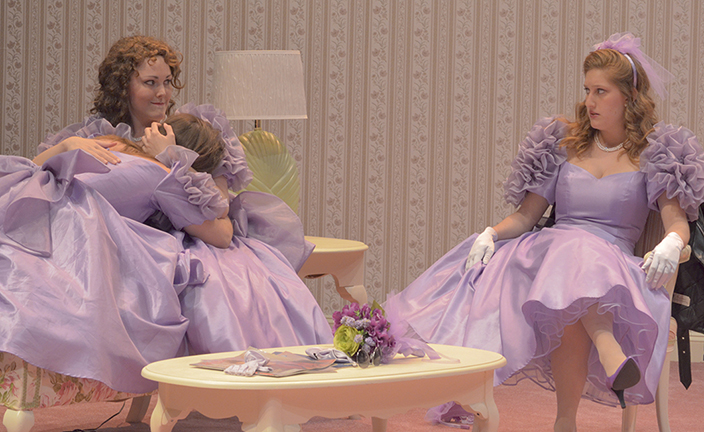 Corinne plays “Trisha” in the Department of Drama and Dance’s spring 2013 production of Five Women Wearing the Same Dress. She is a junior drama major, who – like her character – is from Tennessee.  Her previous department credits include The Learned Ladies in the fall of 2012 and “Ophelia” in a one-hour adaptation of Hamlet in the spring of 2012. Corinne recently spoke about her character and performing inFive Women ... 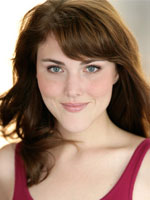 Tell us a little about Trisha.

Trisha is almost 30. She is the oldest character in the show and the most cynical. She was a big party girl in her younger days, but that’s all behind her. She starts out hating men, but later on into the story she meets Tripp Davenport, the only male character in the play. He gets her to confront her issues. She probably goes through the most dramatic transformation in the show.

This play is quite a departure from the other shows you have done recently at Hofstra.

I’ve been very lucky and was really excited to be cast in this play. I’ve done a lot of period pieces, and performing in a contemporary play really involves being in the moment and paying attention to the subtext of the dialogue. With period pieces the actor can lean a little on the language and costuming to make the performance believable. Acting in a play like this is more feeling-based, more internal. In some ways, that makes it more challenging.

The show is really focused on female relationships, yet it was written by a man (Alan Ball) and your director is Royston Coppenger.

It is very funny – Alan Ball gets what women are like. The dialogue in the play is not that much different from what I would say to people in real life. I’ve actually been using some of Trisha’s lines when I’m talking to people!

Royston helps bring a male perspective to the play, which I think is crucial. I think it helps this from becoming too preachy and feminist. In rehearsal we have also been talking a lot about gender roles and looking at the differences between men and women and how they relate to one another.

Do each of the “Five Women” represent different kinds of personalities?

Yes! Trisha is the jaded, mature character. There is the hopeless romantic [Georgeanne]; the innocent and inexperienced bridesmaid [Frances]; the rebel [Meredith]; and the outcast [Mindy]. They represent all different walks of life, and no matter who you are you should be able to either relate to one of them or recognize someone you know as one of them.

“The Rain Always Rises,” April 26; A Symposium on the Poetry of Miguel-Angel Zapata
Here Come the Bridesmaids … Department of Drama and Dance Presents “Five Women Wearing the Same Dress”