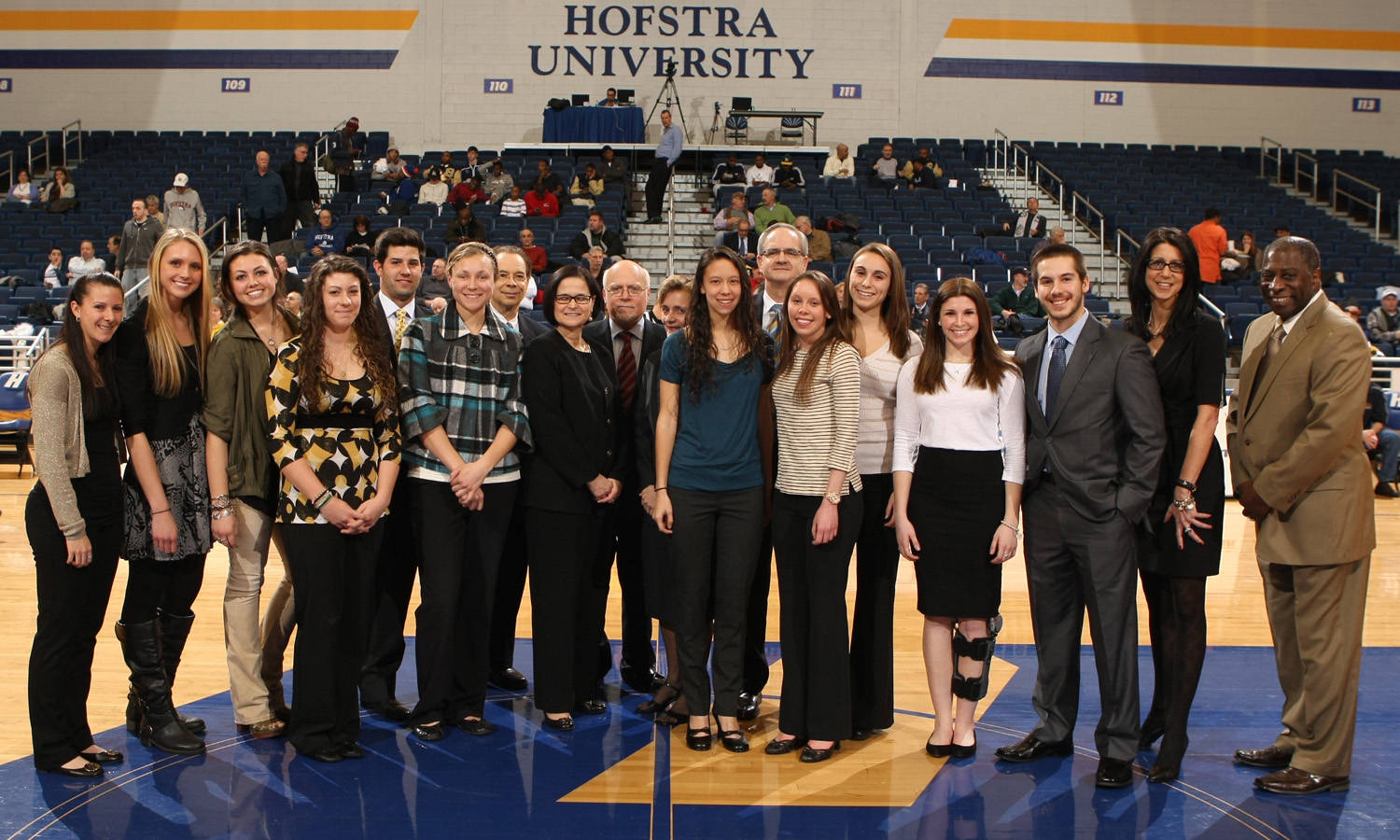 During halftime of Wednesday’s men’s basketball game between the Pride and Northeastern, Hofstra honored nearly 300 student-athletes for their academic achievements during 2012. The group was recognized for achieving a 3.0 grade point average or better and included 28 student-athletes that earned a 4.0 GPA.

“I am enormously proud of the academic achievements of our student-athletes,” commented Provost and Senior Vice President for Academic Affairs Dr. Herman A. Berliner. “With nearly 300 student-athletes earning a 3.0 or better GPA including 28 student-athletes earning a perfect 4.0 GPA, they have clearly succeeded in the classroom. Given their accomplishments on the field as well as in the classroom, these men and women are terrific ambassadors of Hofstra at its best. And since past and present performance is the best predictor of future performance, they are certainly well positioned for continued success.”
“The academic success of our student-athletes is our primary mission,” said Hofstra Vice President and Director of Athletics Jeffrey A. Hathaway. “These young men and women put an incredible amount of work into their academics and it is important that we recognize that commitment. The Hofstra University community is proud of all those that were honored, especially the record 28 students that achieved 4.0 grade point averages.”
Student-athletes from each of Hofstra’s 17 athletic teams were honored including 35 from baseball, 27 from field hockey, six from men’s basketball, seven from men’s cross country, seven from men’s golf, 33 from men’s lacrosse, 25 from men’s soccer, 10 from men’s tennis, 24 from softball, nine from women’s basketball, 15 from women’s cross country, seven from women’s golf, 29 from women’s lacrosse, 23 from women’s soccer, nine from women’s tennis, 14 from volleyball and 11 from wrestling.