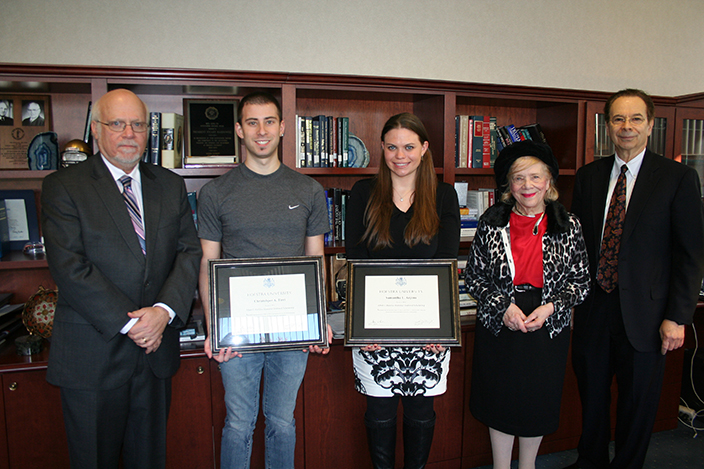 The late Mr. Albert Da Silva was a noted entertainment lawyer. His wife, Zenia Da Silva, is a professor of Romance Languages and Literature at Hofstra. She is Hofstra’s longest-serving professor, currently serving her 53rd year of teaching at the University.

On January 31, 2013, Dr. DaSilva, Hofstra President Stuart Rabinowitz, and Provost and Senior Vice President for Academic Affairs Herman A. Berliner, met with Ms. Arpino, Mr. Tirri and their parents . At that time, Dr. Da Silva spoke about her and her husband’s shared commitment to education, the humanities and to helping young people achieve their professional and academic goals.

Ms. Arpino majored in accounting and minored in legal studies in business. Her student years were distinguished with many honors, including being named a Provost Scholar and a member of Beta Alpha Psi (the accounting honor society), the Golden Key Honor Society, and the Institute for Management Accountants. She was also a member of Hofstra’s Accounting Society and served as vice president in 2010 and president in 2011. She currently works at PriceWaterhouse Coopers.

Mr. Tirri is currently pursuing an M.A. in English Literature at the University of Delaware, where he is a graduate teaching assistant. He majored in English and American literature and minored in LGBT Studies at Hofstra. His primary research interest is how queer theory serves to reinterpret texts from the 20th-century American canon that appear otherwise heterosexual in nature. He hopes to teach high school after completing the M.A.

Jade Keena, who was unable to attend the meeting with Dr. DaSilva, is currently working at WeWork in Manhattan as a community manager. As a Hofstra student she dual majored in public relations and creative writing and minored in marketing. She received high honors for her poetry manuscript, Nothing is Inanimate. She also received Hofstra’s 2012 Academy of American Poets Award. She was a member of Phi Beta Kappa, Lambda Pi Eta and Sigma Delta Tau honor societies and was a 2012 Summer Fellow for the International Radio and Television Society. 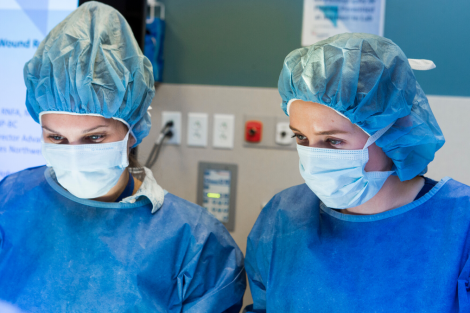