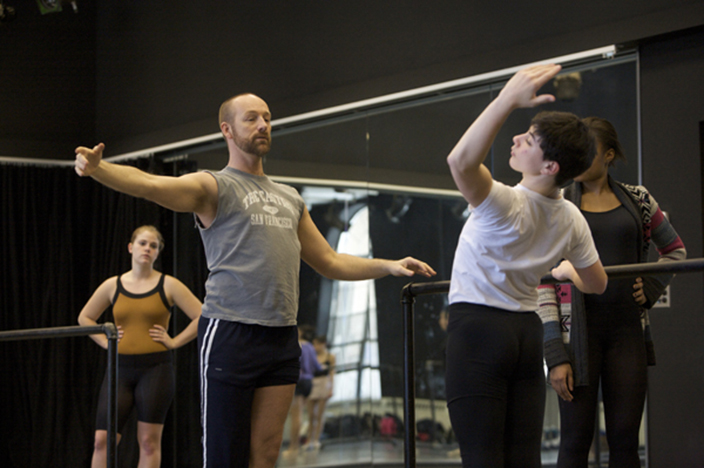 Ginny Greenberg
Hofstra University, Hempstead, NY … Hofstra University’s Department of Drama and Dance is offering high school students the opportunity to take two days of dance classes with Hofstra’s accomplished faculty. This third annual High School Dance Festival will culminate with a studio performance on the Hofstra campus. The Festival is scheduled for February 17 and 18, 2013. Times are 10 a.m. to 5 p.m. on Sunday and 10 a.m. to 7:30 p.m. on Monday (a picnic dinner will be provided). The fee to participate is $50 per student.

To register or for more information contact Jean Benincasa at jean.benincasa@hofstra.edu or call (516) 455-3111.

Both days will feature four classes taught by professional choreographers who serve on the Hofstra faculty. They include the following:

Dyane Harvey-Salaam (African Dance)
Dyane is a founding member of the Forces of Nature Dance Company. She has previously performed with Fred Benjamin, Eleo Pomare, Dianne McIntyre and Ze-eva Cohen and on Broadway in The Wiz, Your Arms Too Short to Box With God, and Timbuktu.

Amy Marshall (Modern)
Amy Marshall has worked with Parsons Dance Company, David Storey Danceworks, Cortez & Company, and Taylor 2. In 2000 she founded the Amy Marshall Dance Company. For more than 10 years, the company has performed and led residencies across the United States and in Eastern Europe, China and South America.

Jason Melms (Ballet)
Jason Melms has performed across the United States and in Europe with Joffrey II, Eglevsky Ballet, Virginia Ballet Theatre and the New York Baroque Dance Company, among others. Teaching credits include Hofstra University, NYU’s Tisch School of the Arts’ Summer Program, Usdan Center for the Creative and Performing Arts, Eglevsky Ballet, Ballet Tech, and the Peridance Center.

For more information on Hofstra’s Department of Drama and Dance visit www.hofstra.edu/drama-dance .