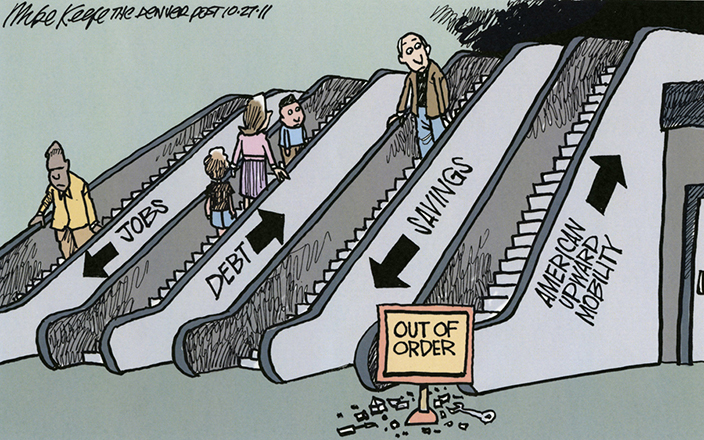 Walt Handelsman, Mike Keefe and Jimmy Margulies will participate in a panel discussion on 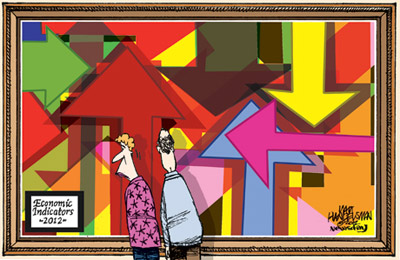 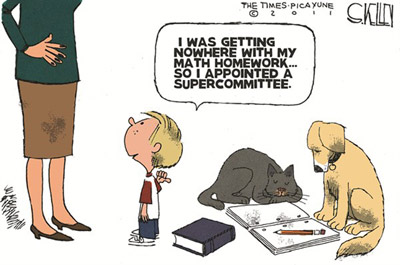 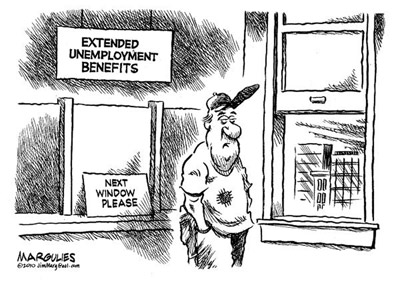 Hofstra University, Hempstead, NY – The work of five well-known political cartoonists from around the country (three of whom are Pulitzer Prize winners) will be featured in the Hofstra University Museum exhibitionPolitical Slant: Editorial Cartoons, October 1-December 21, 2012, at the David Filderman Gallery, Joan and Donald E. Axinn Library, ninth floor, South Campus. Admission to the exhibition is free and open to the public.Political Slant is being held in conjunction with the presidential debate at Hofstra University that will be held on October 16, 2012.

Beth E. Levinthal, Executive Director of the Hofstra University Museum says, “Political Slant: Editorial Cartoons highlights today’s headlines and issues with the pointed satire and humor that our featured cartoonists are known for.  Utilizing their talents, these artists give audiences insights into the important issues of our day in a manner that invites us to shift our viewpoints while gaining greater understanding.  We thank the New York Community Bank Foundation for their generous support in bringing this exhibition to the public.”

A touch screen kiosk in the gallery will include supplemental materials with information about the cartoonists, additional examples of their work, as well as resources about the history of political cartoons.

Walt Handelsman, Mike Keefe and Jimmy Margulies will participate in a panel discussion on Tuesday, October 2, 2012 at 3 p.m. immediately preceding a reception with the artists in the Rochelle and Irwin A. Lowenfeld Conference and Exhibition Hall, located on the tenth floor of the Joan and Donald E. Axinn Library. This is a Signature Series event of the Arts ALIVE LI festival organized by the Long Island Arts Alliance.

On Saturday, November 17, 2012 at 8 p.m. in the Rochelle and Irwin A. Lowenfeld Conference and Exhibition Hall an interpretive concert  Music: The Voice of the People,  featuring Hofstra University music faculty Marilyn Lehman, Chandler Carter, David Fryling, the Hofstra Chamber Singers, and guest artists, cellist Laurinel Owen, baritone Andrew DiMartino and soprano Karen Lehman DiMartino takes place. This concert features political music of the past and present including classical instrumental music, arias and popular songs as well as choruses from Nabucco and Candide.

For more information on this exhibit and associated public programs please call (516) 463-5672 or visit the Hofstra University website atwww.hofstra.edu/museum. For additional programming planned in conjunction with the October 16 presidential debate, visitwww.hofstra.edu/debate.

The Hofstra University Museum has been awarded the highest honor a museum can receive, continued accreditation by the American Association of Museums (AAM). Approximately 4% of museums nationwide have earned this distinguished recognition. Accreditation certifies that the Hofstra University Museum operates according to professional standards, manages its collections responsibly and provides quality service to the public.

Hofstra University is a dynamic private institution of higher education where more than 12,000 full and part-time students choose from undergraduate and graduate offerings in liberal arts and sciences, business, communication, education, health and human services, honors studies, a School of Engineering and Applied Science, a School of Law and the Hofstra North Shore-LIJ School of Medicine.