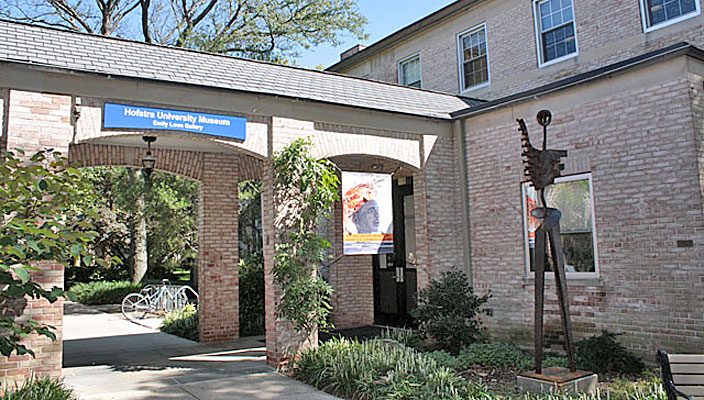 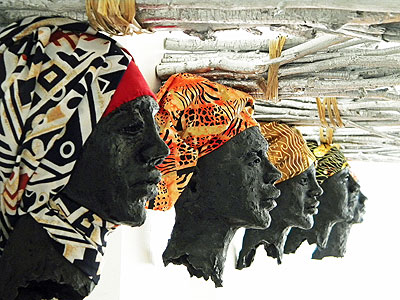 Toward Greater Awareness: Darfur and American Activism focuses on the genocide which occurred in Darfur, Sudan, from 2003 to approximately 2006, as well as the American response to the crisis. Text and images provide context to the artwork, analyzing the history of Darfur, Sudan and American activism in the region and leading viewers to question why Darfur so captured the attention of American activists. Mr. Lewis says of his work, “These works address the physical and psychological scars left on mankind by a culture of violence and brutality. My figures possess an otherworldly aura and communicate a sense of solitude and alienation. Yet I have infused each figure with a strength and dignity that intimates a hope for the future.”

Beth E. Levinthal, Executive Director of the Hofstra University Museum states, “We thank the Walrath Family Foundation and Astoria Federal Savings for their generous support of this exhibition. We are fortunate to present this exhibition featuring the powerful sculptural works of artist Mitch Lewis whose works are internationally regarded.  Lewis urges us, through his works, to be more vigilant in our global efforts to prevent genocide.”

An illustrated catalog, Toward Greater Awareness: Darfur and American Activism accompanies the exhibit. Supplemental materials including information about the artist, his work, as well as resources about Darfur and America’s response to the crisis will be available on a touch screen kiosk in the gallery. A brochure for guided viewing also will be available to visitors to enhance their experience of the exhibition.

Mitch Lewis will offer a gallery talk preceding an exhibition reception on Wednesday, September 12, 2012, at 3 p.m. at the Emily Lowe Gallery. Mr. Lewis will discuss his creative process and how his work relates to the genocide crisis as well as American responses.

For more information on this exhibit and associated public programs please call (516) 463-5672 or visit the Hofstra University web site at www.hofstra.edu/museum.

The Hofstra University Museum has been awarded the highest honor a museum can receive, continued accreditation by the American Association of Museums (AAM). Approximately 4% of museums nationwide have earned this distinguished recognition. Accreditation certifies that the Hofstra University Museum operates according to professional standards, manages its collections responsibly and provides quality service to the public.

Hofstra University is a dynamic private institution of higher education where more than 12,000 full and part-time students choose from undergraduate and graduate offerings in liberal arts and sciences, business, communication, education, health and human services, honors studies, a School of Engineering and Applied Science, a School of Law and the Hofstra North Shore-LIJ School of Medicine.