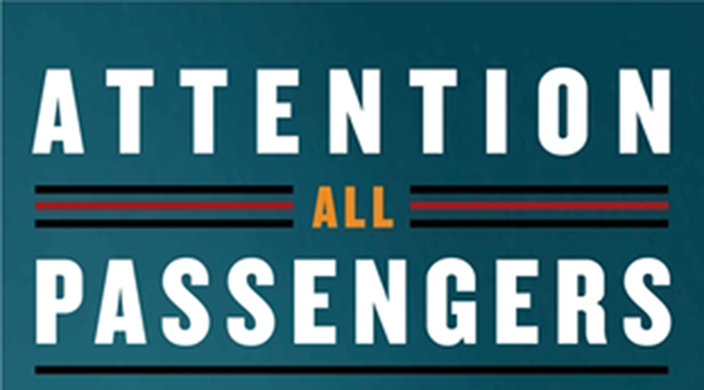 William McGee’s book Attention All Passengers: The Truth About the Airlines will no doubt stir up some turbulence for the airline industry when it is published by HarperCollins this spring. McGee, an adjunct associate professor of English at Hofstra and Class of 1984 graduate, is also the travel editor for Consumer Reports. During his tenure at the well-respected magazine, he has covered a multitude of shortcomings and even dangerous practices involving airline maintenance, security measures, and safety guidelines, as well as passengers’ annoyance with the multitude of fees charged for baggage handling and other services.

McGee’s successful writing career has not been without its own bumps in the road. “I was not a good student before I came to Hofstra,” he admits and adds that Hofstra was the third college he attended. “Before I discovered writing, I never considered myself a good student, but coming to Hofstra turned my life around. Within one year I was on the dean’s list, won a creative writing scholarship, and the Eugene Schneider Fiction Award.”

He gives a lot of credit to his faculty mentors, Tom DeHaven and Julia Markus (who still teaches on the English faculty). “They convinced me I wasn’t crazy and that I had talent. They also encouraged me to pursue an M.F.A. in creative writing.” McGee isn’t shy about sharing his academic experiences with his own students. “I believe there are a lot of other people like me out there who might be confused about their direction in life and discover themselves in college.”

Following graduation, Professor McGee was eager to be free of the classroom for a while. He did not feel ready to dive into an M.F.A. program, which he did eventually pursue and complete at Columbia University. But first, he says, he began freelance writing, and “I wanted to travel. I took a job with a small airline working on charter flight operations.” He stayed in the industry for seven years and traveled around the world. His experiences in that job prompted him to focus his writing on travel and aviation. Eventually he landed a position as the editor of Consumer Reports Travel Letter.

Working with Consumer Reports was unlike any other writing assignment he’d ever experienced. “It gave me a lot of discipline. They’re very strict about fact checking – you can’t be sloppy about your research because every detail is vetted. If I didn’t have the experience of working at Consumer Reports, I wouldn’t have been able to write my book,” which needed the same level of attention to detail and carefully documented research.

Following the terrorist attacks of 9/11, Consumer Reports pushed McGee into the public spotlight as a media expert. While other magazines and newspapers held back on criticizing airline security because of the risk of losing big name advertisers, Consumer Reports – which is not-for-profit and doesn’t accept advertising – was not worried about sharing unsettling information about air travel and security. Post-9/11, McGee says, “I was in a media vacuum. People had stopped flying and no one wanted to address what was happening. At Consumer Reports we sat down and started talking about what consumers wanted and expected the airlines to do.”

Because of his continued coverage of the airlines, McGee was appointed in 2010 to serve on the U.S. Department of Transportation’s Future of Aviation Advisory Committee. The aim of the committee was to provide information, advice and recommendations to Transportation Secretary Raymond LaHood on ensuring the competitiveness of the U.S. aviation industry and its capability to address the evolving transportation needs, challenges and opportunities of the U.S. and global economy. McGee was the only representative on the 19-person committee representing the rights of consumers.

Among the panel’s recommendations was a proposal to educate parents and caregivers about the dangers of flying with young children in their laps, rather than seating them in child restraint systems. The committee asked the DOT to update the economic and safety data around the issue and consider a rule requiring all children under 2 to be in safety seats. Additional recommendations include urging the DOT to enforce airline passengers’ rights, and addressing concerns about airline maintenance outsourcing, which remains a critical threat to safety. 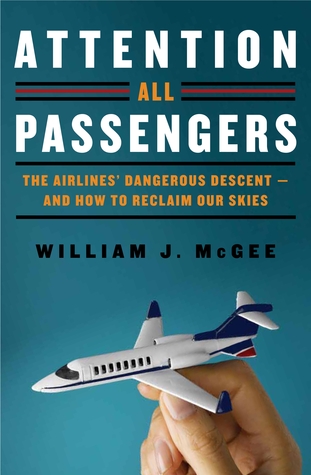 In the course of writing his book Attention All Passengers, McGee traveled on 15 different domestic airlines over an eight-month period, and even spent some time at an airline call center in India. He expects that the book will expose some details about airline operations that consumers will find disturbing, but he hopes the issues he raises will prompt positive action and policy.

Not too long ago, McGee reminisces, flying was an exciting and special adventure for people. He even cites the new television program Pan Am, which evokes the glamour air travel once held. “Along the way,” he says, “flying became a commodity, not a service industry. People are more brand loyal to supermarket products than they are to airlines. That’s the whole reason the frequent flyer programs were started – to promote brand loyalty. Consumers need to know that the airlines don’t all have the same safety records, they don’t have the same hiring standards and safety training for pilots – they’re not all equal. Car companies compete on safety – the airlines do not.”

Back on the ground at Hofstra, McGee serves as a thesis advisor for students enrolled in the English Department’s new M.F.A. in Creative Writing program. He also advises the Hofstra Writers Club and teaches creative writing and prose writing, which, ironically, is the same course that inspired him as a student. He says his work at Hofstra is healthy for his off-campus endeavors. “Your writing is going to be better if you’re teaching writing, critiquing writing. Constantly reading and thinking about the craft spills over into my own writing.”