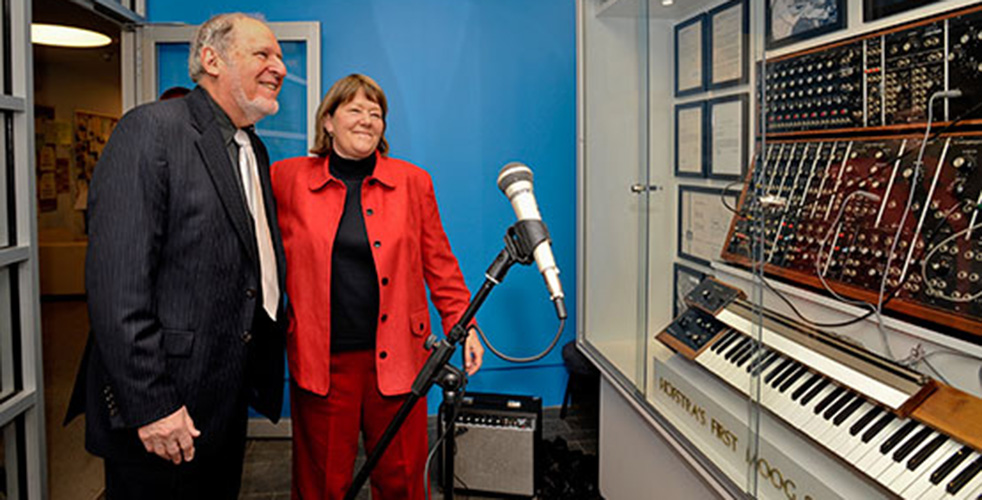 Hofstra University Professor Emeritus of Music Herbert Deutsch will be honored for his years of service to the University and his place in music history in a special ceremony on April 14, 2010, at 11:15 a.m. The ceremony will see the unveiling of a display featuring the Moog synthesizer, co-created by Dr. Robert Moog and Professor Deutsch in 1964 –an invention that changed the course of music history.

The display is situated in Hofstra’s New Academic Building, located on the South Campus. In addition to Hofstra students, alumni, faculty and administrators, the ceremony will be attended by Michael Adams, president of Moog Music, located in Asheville, North Carolina.

Professor Deutsch, who is a resident of Massapequa Park, NY, is also a Hofstra alumnus, having graduated in 1956 with a B.S. in education. He returned to the University as a professor in the early 1960s. At a 1963 New York State School Music Association Conference, Professor Deutsch met Dr. Robert Moog , who invited him to collaborate on the design and development of a music synthesizer. Professor Deutsch received a $200 research grant from Hofstra to be used toward expenses on the project. Dr. Moog and Professor Deutsch designed the first prototype synthesizer in July 1964 and completed its construction by the fall of that same year.

Professor Deutsch is also a well-known composer, who has received approximately 15 ASCAP awards and more than 20 Meet the Composer grants. In 2007 he was named Music Educator of Note by the Long Island Music Hall of Fame. A composer of music in various media, Professor Deutsch’s work has been widely performed and commissioned works have been featured at national and regional conferences of The Music Educators National Conference, Small Computers and the Arts Network, the Society for Electro acoustic Music in the United States and other organizations.

In 1972 he co-founded and currently serves as president of the Long Island Composers Alliance (LICA). He has served several previous terms as president and is also the Alliance’s archivist. In 1973 he created the first “Music By and For Students” concert for LICA. During his teaching career at Hofstra, he founded the Jazz Ensemble, the Electronic Music Studios, The New Music Ensemble and developed B.S. degree programs in Composition/Theory, Jazz & Commercial Music and Music Merchandising.

The display that will be featured at the April 14 ceremony showcases not only Hofstra’s first synthesizer but also correspondence from Dr. Moog and a congratulatory letter from Hofstra confirming Professor Deutsch’s $200 research grant. 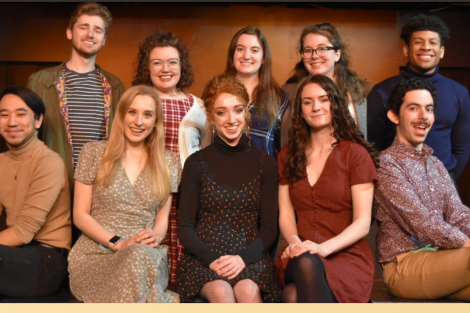