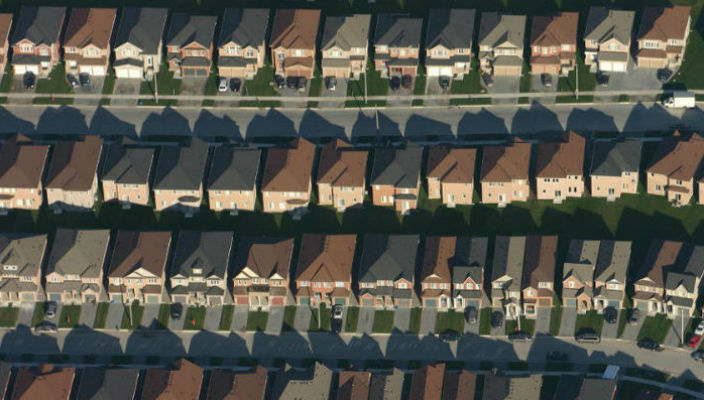 Suburban independents give GOP candidates an edge in midterms

Hofstra University, Hempstead, NY – Nearly half of suburban Americans disapprove of the job President Obama is doing, and a majority of likely independent swing voters in the suburbs now favor Republicans in the upcoming midterm elections, according to a new National Suburban Poll.

The poll for the National Center for Suburban Studies® at Hofstra University (NCSS) found that 48 percent of suburbanites gave Obama a negative job approval rating, up eight percent over 2009. Only 43 percent now approve of his work. Even more surprising is the finding that minority suburbanites’ dissatisfaction with the president has nearly tripled over the past year: 26 percent disapprove of his job performance this year, compared to just 9 percent in 2009.

With less than a month before midterm elections that could strip Democrats of control of Congress, the results of the fourth National Suburban Poll highlight the unpredictability of the current political climate. For example, while Obama is losing favor in the suburbs, voters there are split on whether their attitude toward the president is driving their ballot choices, with 45 percent saying Obama is not much of a factor in their vote.

“For decades, as the suburbs gained in demographic and political power, the party that has won in suburbia has controlled congress and the White House,” said Lawrence Levy, executive dean of the NCSS. “Suburbanites again will be the swing vote, and the loss of support among black voters in the suburbs could be devastating for Democrats in the many congressional districts in which high minority turnout for Obama was critical to electing them. If black and other minority voters merely stay home it will cost Democrats dearly in congressional and statewide races.”

The poll also indicates that the economy is motivating suburban Republicans more than Democrats, even though Democrats and independents are enduring more financial hardship.

Suburban Republicans are more likely to report higher incomes than suburban Democrats or independents, but 43 percent of them say they are worse off than they were a year ago, compared to 33 percent of independents.

“Our poll clearly shows that the economy is a key issue in the midterm elections, particularly for suburban voters, but not necessarily in the way you would expect,” said NCSS Academic Director Christopher Niedt, Ph.D. “The economic crisis has hit the suburbs, and suburban Republicans are mobilized, but the hardest hit suburbanites are Democratic supporters and they aren’t mobilized. Republicans appear to be using economic stress to rally the base, even though GOP-leaners are not as distressed as Democrats.”

“In the few weeks left before Election Day, Republicans need to work hard to keep their advantage among middle- and upper-income white suburbanites,” said Evans Witt, CEO and principal of Princeton Survey Research Associates International (PSRAI), which conducted the survey. “Democrats need to solidify their support among white working class suburbanites while pursuing every effort to boost their backing from suburban minorities to traditionally high levels.”

In fact, the findings indicate that overall, the economic picture in the suburbs has remained stable over the past year. But a closer look at the numbers reveals a disturbing trend: among those who rate their finances as negative: the news has gotten mostly worse since last year, not better.

The National Center for Suburban Studies® at Hofstra University is a non-partisan research institution dedicated to promoting objective, academically rigorous study of suburbia’s problems and promise. Rooted in the laboratory of Long Island’s diverse and aging suburbs, the National Center studies a broad range of local and national issues. The suburbs have emerged as the nexus of dynamic demographic, social, economic and environmental change. The tasks of identifying, analyzing and solving the problems of suburbia are key to the health of the country – and central to the Center’s mission.

Hofstra University is a dynamic private institution where students can choose from more than 150 undergraduate and 160 graduate programs in liberal arts and sciences, business, communication, education and allied health services and honor studies, as well as a School of Law and the Hofstra-North Shore-LIJ School of Medicine.

Photos: U.S. Presidential Leadership at the United Nations: Evaluating the Past 65 Years and Looking Ahead to 21st-Century Governance
Video: President or King? Evaluating the Expansion of Executive Power from Abraham Lincoln to George. W. Bush