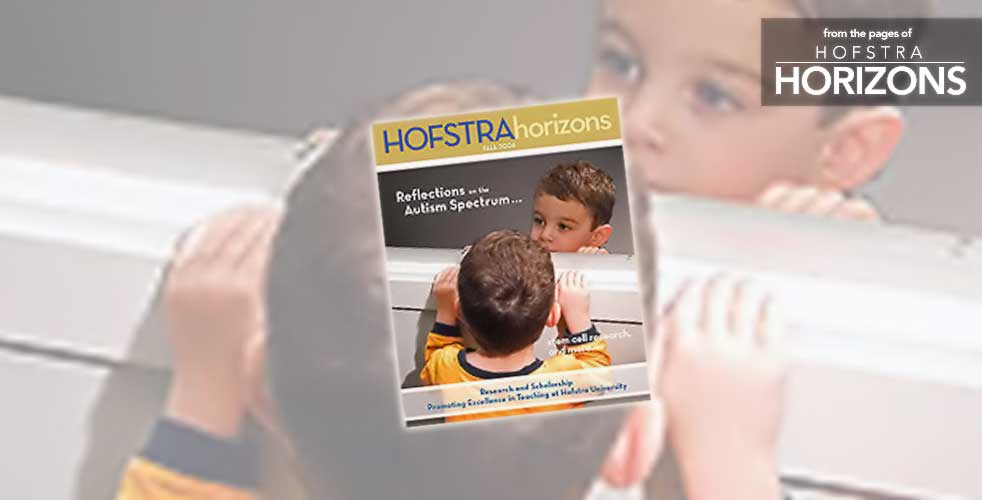 The menace of the vampire is that — and this is partly what makes Dracula such a unique horror masterpiece — it works on us from the inside, taking over our bodies, “infecting” our deepest desires with the lust of sexuality and iniquity. In Dracula, it is the rupture of the bourgeois world that yields the extreme limitlessness of anguished ecstasy. Torment and anguish reveal the yawning gap in which subject and object, vampire and victim, are dissolved. It is the identity of contraries, divine ecstasy and its opposite, extreme horror, that erodes identity, unleashing experience from the orthodoxy of Victorian mores. It is with eroticism in nosferatu that the contraries of sexuality and horror are visibly conjoined, where Gothic horror, disclosed in sacrificial bloodsucking, becomes linked to the abyss of eroticism. Stoker’s Dracula exemplifies the link between horror and eroticism.

Bram Stoker’s Dracula, published May 26, 1897, is steeped in fin-de-siècle decadence. The sexually charged vampire is essential to the anxiety-ridden fabric of Dracula. One distinctive Gothic theme in Dracula is the threatening nature of evil itself. The novel registered a late 19th-century feeling that some gigantic evil was gnawing away at Victorian self-confidence. The evil that haunts Stoker’s work most persistently is the desire for sex:

I was afraid to raise my eyelids, but looked out and saw perfectly under the lashes. The fair girl went on her knees, and bent over me, fairly gloating. There was a deliberate voluptuousness which was both thrilling and repulsive, and as she arched her neck she actually licked her lips like an animal, till I could see in the moonlight the moisture shining on the scarlet lips and on the red tongue as it lapped the white sharp teeth. Lower and lower went her head as the lips went below the range on my mouth and chin and seemed about to fasten on my throat. Then she paused, and I could hear the churning sound of her tongue as it licked her teeth and lips, and could feel the hot breath on my neck. Then the skin of my throat began to tingle as one’s flesh does when the hand that is to tickle it approaches nearer—nearer. I could feel the soft, shivering touch of the lips on the supersensitive skin of my throat, and the hard dents of two sharp teeth, just touching and pausing there. I closed my eyes in a languorous ecstasy and waited—waited with beating heart. (pp. 45-6)

The dreadful pleasure experienced by Jonathan Harker (the above passage’s narrator and Dracula’s private real estate agent), punctures not only the “repressive hypothesis” (the process by which, according to Freud, an unacceptable impulse is rendered unconscious), but also the liberationist fallacy that, after lingering in the shadows of repression, sexuality emerges in the clear light of Victorian social discourse. The mode of ecstasy and enjoyment described here is essentially outside Victorian society as it has been conventionally understood. The relationship between Victorian discourse and its outside changes significantly as ecstatic and extreme experience are gathered under the rubric of “sexuality.”

Exceeding articulate speech and understanding, vampires disclose an “unknowing” or vacuum of sense; and the heart of this experience delineates a limit of Victorian culture. Thus, on the basis of this “unknowing,” the “fissure” around which sexual discourse in Dracula attempts to close, sexuality becomes the pivotal theme of the novel. Dracula’s violent bloodsucking can easily be read as an obsessive substitute for sexual gratification. When Van Helsing (the professor and vampire hunter) finally convinces Holmwood (Lucy Westenra’s true love) that the woman he was to have married is a nosferatu — an un-dead vampire preying on the blood of the living — the sexually thwarted young lord does not hesitate:

Arthur placed the point over the heart, and as I looked I could see its dint in the white flesh. Then he struck with all his might. The Thing in the coffin writhed; and a hideous, blood-curdling screech came from the opened red lips. The body shook and quivered and twisted in wild contortions; the sharp white teeth champed together till the lips were cut, and the mouth was smeared with a crimson foam. But Arthur never faltered. He looked like a figure of Thor as his untrembling arm rose and fell, driving deeper and deeper the mercy-bearing stake, whilst the blood from the pierced heart welled and spurted up around it. (p. 230)

The motivation for destroying Dracula is the fear that he will multiply, threatening the survival of Victorian England. Professor Van Helsing’s fear is that, if allowed to survive, Count Dracula will reign as “the father or furtherer of a new order of beings, whose road must lead through Death, not Life” (p. 322).

In both passages, the intensity of the experience invests the encounter with the mystico-philosophical significance of “eroticism,” reversing the veiled pornographic flickerings of Dracula. In the eroticism of Dracula, the object of desire radiates with a nocturnal brilliance that reduces the vampire to nothing but the infinite movement of desire itself. In the ecstatic movement beyond individual experience, a movement of consumption by an unattainable, impossible object of desire, Mina Murry (Jonathan Harker’s erstwhile fiancée and vampire ingénue) comes to understand the truth of Dracula’s revelation: he is evil and divine. She notes in her journal on the night of Dracula’s visit: “Was it indeed some such spiritual guidance that was coming to me in my sleep?” (p. 276). Dracula entered Mina’s bedroom, while Jonathan slept, told Mina that she was to become “flesh of my flesh, blood on my blood; kin of my kin; my bountiful wine-press for a while; and shall be later on my companion and my helper” (pp. 306-07). The non-sense of the unknowing that manifests itself in swooning intoxication, or ecstasy’s flight, also drives her eroticism, dissociating it from the impulses of natural animality or sexuality.

It is Mina and Lucy (longtime friend of Mina Murry) who assume roles in the novel where the object of desire exceeds both objectivity and subjectivity with glimpses of an unknown infinity. That this is so is no doubt an effect of a particular cultural conjunction: a new representation of woman was emerging in the final decades of the 19th century. This representation, for the famed hypnotist Charcot and his contemporaries, took the shape of the female criminal. Stoker almost certainly talked to Charcot and mentions him in Dracula (“And of course then you understand how it act, and can follow the mind of the great Charcot — alas that he is no more! — into the very soul of the patient that he influence,” p. 204). It was the “female ecstatic” and hysteric that culminates in the character of Mina herself:

I was bewildered, and, strangely enough, I did not want to hinder him. I suppose it is part of the horrible curse that such is, when his touch is on his victim. And oh, my God, my God, pity me! He placed his reeking lips upon my throat! (…) I felt my strength fading away, and I was in a half swoon. How long this horrible thing lasted I know not; but it seemed that a long time must have passed before he took his foul, awful, sneering mouth away. I saw it drip with the fresh blood.” (p. 306)

Mina’s encounter with Dracula exemplifies the joys, anguish and horror in the face of divine iniquity, represented by the eruptive, exuberant continuity of blood. She embodies the very vitality and surplus of sensuality; a fluid movement of blood beyond bodily constraints, she resounds with a joy repeating “encore”; her divine gaze penetrates the fog:

I closed my eyes, but could still see through my eyelids. (It is wonderful what tricks our dreams play on us, and how conveniently we can imagine.) The mist grew thicker and thicker, and I could see now how it came in, for I could see it like smoke—or with the white energy of boiling water— pouring in, not through the window, but through the joinings of the door. (. . .) Things began to whirl through my brain just as the cloudy column was whirling in the room, and through it all came the scriptural words: ‘a pillar of cloud by day and of fire by night.’ Was it indeed some such spiritual guidance that was coming to me in my sleep? (pp. 275-76)

In her dream, she is transfixed, torn apart by her own horrified encounter with a fissure within and a joy beyond herself, “such spiritual guidance.” Horror and eroticism, then, for both Mina and Dracula, but in different ways, connote a transformation, an opening onto something entirely other, abjection in an experience that appears sovereign.

Evil expressed in Dracula — an acute form of evil — has a sovereign value. But this concept does not exclude morality; on the contrary, it demands a “hyper-morality.” In relation to the Freudian notion of economy (the distribution of libido in the psyche), abjection is an effect of cultural systems of rejection, prohibition and taboo. The inner experience of vampirism is bound up with the transgression that defines both the limits of human productivity in Lucy and Mina and their particular relation to it. Where Victorian culture recoils in horror from the undead, decay, filth and sexuality, vampirism restores its homogeneous limits and binds individuals to its service, creating an autonomous totality. Dracula’s transgression of boundaries turns, thereby, on abjected forms of Victorian behavior, those that are animal, sexual and taboo. Reassuring his Victorian contemporaries in the triumph of morality, Dr. Van Helsing writes: “He is finite, though he is powerful to do much harm and suffers not as we do. But we are strong, each in our purpose; and we are all more strong together” (p. 336).

From such expenditure of unnatural energies, in Dracula’s embrace of the rejected, profane world, eroticism paradoxically accedes to the sphere of the sacred, negating nature, precisely through his adoration of the base corporeality of blood. Hence his erotic attraction of limits and taboos, and the dreadful apprehension of un-death, produces a subjective experience that places him before a nauseating void, the definitive emptiness of the world of the undead. From the pragmatic Victorian point of view, represented by Dr. Van Helsing, vampirism is a form of expenditure that goes beyond use-value: Nosferatu does not conserve energy but consumes it in the act of bloodsucking, thereby destroying it. Dracula displays the accession to divine chance in that he risks everything. In eroticism and horror, the poles of life and death, being and nothingness, fullness and emptiness, are one in the vampire; they are dissolved like subject and object in the insensible totality of darkness. Dracula’s desire exceeds any particular object; it is directed instead at the ungraspable, impossible reality of death and the totality of nonexistence. He moves exorbitantly in search of the desirable.

The eroticism and horror of Dracula contest Victorian mores, and negate nature. He manifests a particular kind of negativity, one intimately connected to death. The work of Dracula is the unworking, or, the destruction of every human trace. But death remains indeed integral to Victorian England insofar as it is repressed. The vampire completes the work of negativity; but in the world of the undead, death and life only constitute imaginary limits. Dracula is the object of a privileged curse. Yet, keeping his moral purity intact by risking everything and thereby ascending toward the divine, he has a profound experience of the abyss of evil. The vampire fathoms the very depths of evil. But he is cut off from humanity, and has only one occupation in his sleeplike state of the undead — that is to destroy human beings while enjoying the thought of their death and suffering.