“Obviously this show is all about not giving up and holding onto your dreams. Not letting society tell you who you need to be and that you can actually win in the end and have everything.” That is Tony Award-nominated director Susan H. Schulman ’64 discussing Little Women, a new musical based on the book by Louisa May Alcott. But that short description of the musical also fits Susan’s life and her extremely successful career in the performing arts. 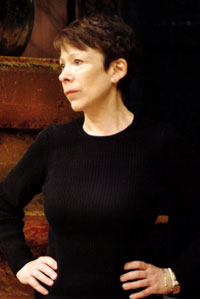 “They’re all my favorites,” says Susan H. Schulman of the many Broadway shows she has directed over the years.

With Sweeney Todd, The Secret Garden and The Sound of Music to her credit, there is no doubt that Susan is one of Broadway’s most celebrated and respected directors. Though she started her career as an actress and studied at Hofstra’s Department of Drama in the 1960s, she always sensed that she was more suited to pursue theater in a different creative capacity.

“I wanted to be a director,” she said, “but there weren’t a lot of role models for women. I fell naturally into acting because that’s where the jobs were.” Memorable Hofstra productions included Tennessee Williams’ Camino Real (“There’s a photo of me from that show in a green sequined bikini that makes the rounds every now and then.”) and Shakespeare’sTwelfth Night and Julius Caesar, where she played Portia, and Susan Sullivan ’64 played Calpurnia.

Susan says, “It was a great time in the Drama Department. I mean James Van Wart was probably the most influential, but also Miriam Tulin, Howard Siegman and Bernard Beckerman, were as well. They were very encouraging in my continuing in theater and getting me into Yale.”

Susan attended Yale on a playwriting fellowship. After graduating with a master’s degree, she was still obliged to pursue work onstage. “The first professional job I had was as an actress at the Buffalo Studio Arena Theatre, and it was there that I was able to direct my first professional show.” The respected theater was about to present an adaptation of Wind in the Willows when they unexpectedly found themselves without a director. “I was there,” says Susan, “and basically raised my hand and went ‘me, me, me.'”

Susan next set her sights on New York City’s theater scene. “When I came into New York, I did some directing at the off-off-Broadway Equity Library Theatre, and my shows were very well received.”

“From there I went on to do a production of Look: We’ve Come Through by Hugh Wheeler. He was a collaborator with Stephen Sondheim. Hugh came and saw the show and liked it very much. A couple of years later when I was directing a production of Company at the York Theatre off-Broadway, he told Stephen, and Sondheim came and saw that. One thing led to another and then I did Sweeney Todd on Broadway.” For the musical about the “Demon Barber of Fleet Street,” Susan was nominated for a Tony Award for Best Direction of a Musical in 1990.

With the bloody but glorious days of Sweeney Todd behind her, Susan’s work has been characterized more by shows that focus on love and family, even when world events are tumultuous. The Secret Garden opened in 1991, followed by the beloved Sound of Music in 1998. Little Women is her latest success, having opened in January 2005.

“It’s very difficult to adapt a beloved classic to the stage because everybody is going to have their opinion on how you should do it. And a lot of people don’t want to let go of the fact that a narrative is a narrative and a stage piece is a stage piece. “[With Little Women] we have been complimented on the fact that we have been so true to the spirit of the piece and not slavish to the narrative, which I think is the difference.”

Susan says many of her musicals also share the theme of young women “wanting to have a place of their own. It’s so interesting to me that Secret Garden is so much about Mary Lennox wanting to find a place where she can be at home and she gets the garden. Jo March in Little Women has her attic. The problem for Maria in Sound of Music is that she can’t live by the rules. She’s defiant. Fortunately there’s someone who tries to put her out in the world so she can find a place where she can be herself and be appreciated for the parts of her personality that are expressive.”

“Everybody has a special place. It all ties into Virginia Woolf’s A Room of One’s Own – the need for women to have a place where they won’t be criticized, especially in times of history when there were so many things women were not allowed to do, but that they could do. They were criticized for being too bold, too expressive, too creative. I mean, these are all the things that we now say, ‘What’s wrong with that?'” 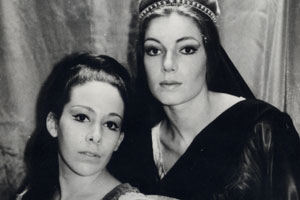 In Little Women, Susan has been allowed to further explore that theme of “having it all” – in the timeless terms of wanting love, family and freedom of expression. “Early on Jo makes a decision that she doesn’t want to get married, because she feels that if she does she’ll have nothing for herself, it will be all about family,” Susan says. “She’s fortunate to find a man who appreciates her on all levels. She gets her career and the ability to write something meaningful, keeping the history of her family alive.”

Each Broadway production takes years to bring to the stage, so naturally, Susan has deep affection for her many projects. “Most of the shows I do essentially are about love and finding love in the broadest sense of the word. I think that fosters a kind of romantic quality between the director and the project.”

She refuses to pick a favorite among her shows: “They’re all my favorite when I’m doing them. I do have a special place in my heart for Sondheim because that’s where I got my start, and Mr. Sondheim was so generous at the beginning of my career.”

Susan does find joy in the fact that many of her musicals have deeply impacted young audiences and brought children and teenagers into the theater. “When we did Garden some of the criticism we got was that the show was too complex and too layered for young people. Well, I never met a 6-year-old who didn’t know what was going on, and believe me, I talked to them.” To this day when Susan meets her admiring fans, many adults – who were children when The Secret Garden was on Broadway or on tour – tell her it changed their lives. “Don’t underestimate a child’s ability to viscerally understand emotion. They understand the struggles that are going on on the stage. The biggest mistake is to play down to young audiences and to think that their attention span won’t allow them to stay with a story.”

With Little Women playing to enthusiastic audiences each night, Susan now looks forward to the projects yet ahead of her. Next up are productions of A Little Princess based on the book by Frances Hodgson Burnett, who also wrote The Secret Garden; The 5,000 Fingers of Dr. T written by Theodore Geisel (better known as Dr. Suess); and a production of Hello, Dolly! at the Stratford Festival in Ontario. At least for the time being, she cannot imagine any medium as rewarding as musical theater. “There’s something that music does … the way it opens up the emotions and frees them and sets them flying through the air.”

“I just remember the first time I heard an overture of the first musical I directed. I burst into tears and thought, ‘why would you want to do anything else?'”

Little Women is currently playing at the Virginia Theatre on Broadway. The national tour hits major cities around the country starting in September 2005. For the tour schedule and more information on the musical visit www.littlewomenonbroadway.com.